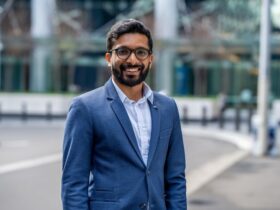 Welcome to The Switch! If you received this in your inbox, thank you for signing up and trusting us. If you read this as a post on our site, please sign up here so that you can receive it immediately in the future. Every week I watch the hottest fintech news from the past week. This includes everything from funding rounds to trends to an analysis of a particular space to hot takes on a particular company or phenomenon. There’s a lot of fintech news out there and it’s my job to stay up to date – and understand it – so you stay informed. — Mary Ann

CB Insights released its global State of Venture report last week, while PitchBook released its own US-focused venture report. Of course, we couldn’t wait to delve into the findings of both.

Alex Wilhelm and Natasha Mascarenhas — who also happen to be my partners in crime on the Stocks Podcast – and I’ve been digging through the numbers to give you all the details here.

At a high level, it’s no surprise that funding flowing to fintech startups declined in the second quarter of 2022 both globally and in the US. And that wasn’t just the financing. Everything was down. New unicorn births, mergers and acquisitions, IPOs.

But the results aren’t as bleak and foreboding as they seem at first glance.

First, fintech continues to account for a significant portion of global financing. In 2021, an estimated 21% of all venture deals were fintech. In the second quarter of 2022, investment in fintech startups was not far behind that in the second quarter of 2022, according to CB Insights. That’s not far from last year and indicates that, although less dollars are being invested in fintech overall. still attracts serious investor interest.

Anything else. While it is clear that this year will be much more muted for fintech investment globally and in the United States, it is still on track to crush the 2020 results. In summary, as Alex wrote: “We’re seeing a comedown, but not a retreat overall; in the fintech world, things are now more wealthy than they were two years ago.”

Finally, a few weeks ago I took some time and wrote that investors seemed to prefer late-stage deals. Based on the results of the CB Insights report, that actually contradicted what happened throughout the second quarter.

I can tell you from a reporter’s perspective that we are cutting back significantly on covering one-off funding rounds and new fund closures. As always, there are just way too many for us to cover them all and actually do a good, comprehensive job. We’ve also come to wonder how much value this practice has. While new fund raises and closes remain major news events, most of us here at TC are more selective than ever. In our opinion, connecting the dots for our readers and generally being available to jump on important news is more important than agreeing to 10 embargoes a week. So when you pitch, make sure you state what makes your company/news stand out. Why is it unique? Why should our readers care? Is it going against a trend? I could go on.

So while we’re still getting pitches (a whole bunch), we’re looking at pitches with a bigger lens than ever and hope you’ll do the same when you do the pitching.

The business expenses category continues to evolve. Last week, I spoke to Airbase founder and CEO Thejo Kote about the company just secured $150 million in debt financing led by Goldman Sachs. Companies close lines of credit all the time, but the reasons: behind the relocations are often more interesting than the financing itself.

Through Zoom interview, Kote reiterated that generating SaaS revenue for the company remains his priority. But, he said, as the company has served medium-sized and early businesses over the years, it has offered them a pre-funded card that they could use to make purchases. In recent months, however, Airbase has come to realize that many could take advantage of the opportunity to make purchases with “30 days of float,” the executive said.

“We started offering a charge card model because as we continue to grow and scale our sales and expand our customer base more aggressively, we have found that there are definitely customers who can’t afford to give up the 30 days . float that a card gives them, either for cash flow reasons or for philosophical reasons,” Kote said.

Notably, competitor Brex — which started offering credit card startups to startups — announced a “big push” earlier this year for both software and enterprise. Now it looks like Airbase is making its own big push – into the corporate card space.

“Now we offer a card line and we have the option of acceptance. Over the past six to eight months, we’ve been doing it off our own balance sheet,” Kote told australiabusinessblog.com. “As that product of ours continues to scale, we obviously don’t want to use our own dollars to insure our customers and provide them with more fluid capital. Hence the recent debt financing.

Kote stressed that he does not believe the move will place Airbase in the lending category.

“We are not a lender. We will never be a lender,” he said. “We take more risk, but we do a lot of risk management around that and we have a risk team that we continue to build.”

In valuation news, Klarna finally confirmed what we already knew – that it had raised more money at a significantly lower valuation. That led Alex to ask if that new valuation makes Affirm “cheap”? Meanwhile, Stripe — another fintech with European roots — saw the internal value of its stock plummet by 28%, sources told the Wall Street Journal and as reported by australiabusinessblog.com. The Journal reported that the valuation cut is the result of a price change of 409A, determined by an independent party, and that it affects the value of Stripe’s common stock. Stripe, for her part, declined to comment.

Speaking of payment giants, Mastercard has announced an expansion of the partner network to include open banking, with the aim of accelerating the adoption of open banking for fintechs, merchants and lenders. The goal, a spokesperson told me via email, is to “give their customers easy access to qualified fintech partners who can accelerate open banking solutions for payments and loans.”

In other fintech news this week:

PayTalk promises to handle all kinds of payments with voice, but the app still has a long way to go

Wave, a $1.7 billion Stripe-backed African fintech, laid off 15% of its workforce in June

For companies looking for low-code fintech infrastructure options, there’s a Quiltt for that

Wefox grabs $400 million at a $4.5 billion valuation to break the insurtech downtrend

When fintech converges with proptech, a $52 million valuation emerges for stake at the close of a $12 million Series A

Now for a non-fintech related PSA: For all robotics technology enthusiasts, australiabusinessblog.com has created a great series of sessions for #TechCrunchRobotics! And BONUS, this is a free event. Secure your spot today. Speaking of events, I’m so excited to be going to australiabusinessblog.com Disrupt in October and meeting not only my colleagues, but many of our loyal readers!

That’s it for this Sunday. I wish you all a nice week and only good vibes. Xoxo, Mary Ann 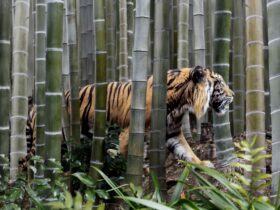 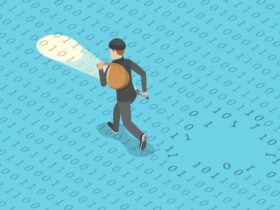 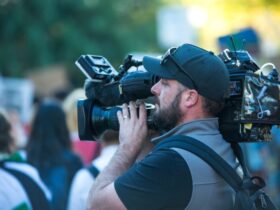