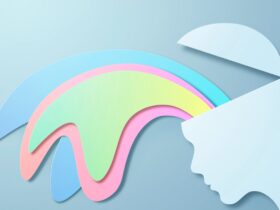 RisingWave Labs, a company developing a data stream processing platform, today announced that it has raised $36 million in a Series A funding round led by Yunqi Partners, unnamed corporate investors and angel investors. Bringing RisingWave’s total to more than $40 million, the capital will be spent on scaling the startup’s business to support the launch of a new cloud service, RisingWave Cloud, next year, CEO Yingjun Wu said.

“I founded RisingWave Labs to make it easy to develop a cloud database system that can efficiently support stream processing,” Wu told australiabusinessblog.com in an email interview. “Building real-time applications that use streaming data should not involve any operational overhead and become a barrier to entry. RisingWave aims to provide an easy ramp for continued query language (SQL) users to begin their stream processing journey.”

Taking a step back, stream processing is the processing of data in motion – in other words, processing data directly as it is being produced or received. In the flow processing paradigm, app logic, analytics, and queries exist continuously and data flows continuously through them. Stream processing apps respond to events from streams, for example by triggering an action or updating a stat. This is in contrast to static, non-streaming setups where data is stored in a database and apps compute over it as needed, preventing the data from being processed simultaneously.

Wu claims that only companies with deep pockets and data analytics expertise can use existing stream processing solutions due to their complexity and high cost of ownership. With RisingWave, he aims to change that with an open source streaming database that allows users to write code to continuously process data. The architecture separates the compute layer from the storage, Wu claims, maximizing the efficiency of cloud resources.

Wu notes that RisingWave can support AI and machine learning applications, among other things, and stream data to AI systems for training and retraining. It can also power real-time dashboards (e.g. traffic regions in a city), build services that provide aggregated information on a topic (such as the number of likes received on a tweet), and analyze and detect anomalies using SQL.

“Traditional database systems don’t offer the power of stream processing that allows users to make real-time decisions based on the most recent results,” Wu said. “The cost savings built into our product using modern cloud-native architecture are very attractive to C-suite level managers. In addition to capital expenditures and operational expenditures, ease of use improves developer productivity as RisingWave only requires SQL knowledge for new users.”

The current focus of RisingWave is the aforementioned cloud service, RisingWave Cloud, a fully managed version of the company’s database engine. Wu says currently in preview for general availability next year and says “multiple” customers are actively testing the service, with partners such as Confluent, StreamNative and Redpanda.

Wu admits there are competitors in stream processing, including Confluent’s KsqlDB, DeltaStream, Activeloop, Materialize, AWS Kinesis Data Analytics, and several Apache Flink-based companies (see Immerok and Aiven). But he claims neither they nor the wider tech industry slowdown will affect RisingWave’s go-to-market plans.

‘[We have] enough funding for the next two years,” Wu said. “In terms of severe economic headwinds, we see an opportunity for new use cases, especially automated fraud detection in financial services and others.”

When asked, Wu had no sales figures to share, but he said he expects RisingWave’s workforce to grow from 40 today to about 48 by the end of the year, suggesting internal growth forecasts are rather rosy.

Yu Chen, partner of Yunqi Partners, said in an emailed statement: “We see that lowering the barrier to entry for deploying stream processing in both legacy and greenfield applications is critical to democratizing stream processing and enabling unlocking the true potential of stream processing There is no shortage of tools to process data streams, but RisingWave is one of the few that is designed as a database and can be easily connected to a modern data stack to make real-time data intelligence a reality. ”