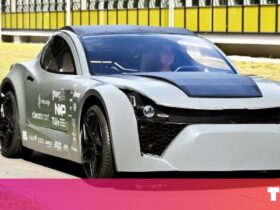 This student-made EV purifies the air while driving

That of the EU Renewed Social Agenda, a comprehensive program launched in 2008 to improve the European economy, combat the climate crisis and generally provide a greater overall quality of life for all Europeans, was a pioneering initiative. At its core lies the idea of ​​’social innovation’, a modality whereby new social services and models are created that are applicable in a multinational paradigm.

Examples of ‘social innovation’ are public libraries, open universities and labor movements. But there is more to it than bringing people together to solve problems or create an atmosphere of equality.

A social service that is successful in affluent urban areas may be completely useless in a rural environment, and vice versa. Taking into account the human factor, how the climate crisis and other environmental factors affect different communities, and the difficulties faced by minorities and refugees, the challenge of serving the EU agenda across national borders becomes exponentially more difficult.

Subscribe to our newsletter now to get a weekly roundup of our favorite AI stories delivered to your inbox.

However, that hasn’t stopped the global community from rising to the challenge. In the time since the agenda was set, the social innovation sector has grown from a handful of organizations attempting to provide multinational citizen services and solutions to a comprehensive ecosystem with thousands of actors working in more than 150 countries. This has, as it were, produced an abundance of riches.

Until recently, numerous attempts over the past decades to codify the number of ongoing social innovation projects, resources and services have met with little success. According to a team of researchers in Europe, “there was a lack of comprehensive data to study social innovation.”

The team, made up of researchers from the Universities of Strathclyde and Manchester in the UK and the University of Leon in Spain, recently published the results of an extensive study in which they used machine learning and artificial intelligence to create the European Social Innovation Database (ESID).

So how many social innovation projects has it found? As mentioned in the headline of this article, there were a whopping 11,456. Previous attempts to build a comparable database have averaged between 500 and 1,000 entries.

The research team was able to significantly expand those numbers by using text crawlers to find data online and AI to separate, label and score that data. Essentially, the team built their own search and classification systems for social innovation projects. That may sound just a little more interesting than building an AI that crawls Google Search output, but it’s pretty innovative in its own right.

The problem with social innovation is that it’s a bit of a vague term. For example, we can measure how many people in a certain region died in a certain year and how old they were. From that data we can derive the average lifespan and mortality rate. But what we can’t do with that particular database is find out if local library campaigns inviting senior citizens across the EU to get regular free blood pressure checks have any effect on any of those data points.

The ESID database significantly bridges the gap between reported knowledge and available knowledge. Traditional datasets depend on accurate reporting. The automated system allows the team to have the data come to them. Or to be more precise, they can speed up the data collection process exponentially through the use of machines.

More importantly, the database is also quite robust. The primary audience consists of researchers who want to know how well social innovation initiatives work. And to that end, it breaks the data down into categories, including project summary, geography, topic, and four different types of scores that are intended to further break down the projects based on how the term “social innovation” is defined.

The more detailed the data becomes, the harder it is for people to parse it without help AI.

In the future, the researchers hope to expand the scope of projects the system can find and give it the ability to keep entries in the database up-to-date as their sources change over time. For now, though, those interested in what is almost certainly the world’s largest searchable social innovation database can click here to go to the official ESID website.