Netflix Films: Already one month has passed since we entered the new year with the promise of a plethora of exciting new films from Netflix. And as promised, Netflix has not disappointed us. Like every year Netflix is releasing a wide range and variety of movies that will appease the taste of every single subscriber. In the long list of new films streaming on Netflix this year every genre has secured its place from romance to horror and from mystery to fantasy.

From this large range of films, it may be quite a tough task to choose the films that you want to watch the most. This is why we have made an eclectic list of the most anticipated movies of 2022 that you have to check out first.

Most Anticipated Netflix Films of 2022:

‘Matilda’ is based on the award-winning musical and the novel of Roald Dahl. The titular Matilda is an intelligent little girl struggling in her life where her strict parents and sadist school headmistress (played by the veteran actress Emma Thompson) does not let her bloom completely. But nevertheless, she tries to change her world and fate armed with her vivid imagination.

This 2022 animated musical film is a twisted take on Carlo Collodi’s famous 1883 Italian novel ‘The Adventures of Pinocchio’. Set in the fascist Italy of the 1930s with good reason, the film features the puppet Pinocchio’s desire to become a real boy. But when it does turn into a boy, he is revealed not to be a nice boy. After the first journey of Enola Holmes in 2020, she is now a professional detective and takes her first case about a missing girl. Based on the novel of Nancy Springer, Harry Bradbeer is directing the movie with Millie Bobby Brown returning as Enola Holmes.

Leatherface returns as the hideous criminal that he is. But Sally Hardesty, a survivor of Leatherface’s acts is now ready to take revenge for the death of her close ones. Melody with her sister Lila and friends Dante and Ruth help her.

The series opens with a weekend trip to Croatia. But things become complicated when a woman gets accused of killing her best friend. In her endeavor to clear herself from the case, a painful secret reveals to her. The story is based on a novel by Sarah Alderson. ‘Gossip Girl’ famed Leighton Meester stars in the film with costar Christina Wolfe, Ziad Bakri.

A psychological thriller and a story of love and evil which brings strangers together who then transform each other’s life.

The story is set in the Irish Midlands of 1862 where a young girl Anna O’Donnell is being alive without eating like a miracle. As pilgrims and tourists are coming in that place to see her conjecturing her to have some Karishma from Heaven, Lib Wright (Florence Pugh), an English nurse comes to visit the girl.

A pilot risks every time to travel in time and meet his younger self in order to set things right which involves their dead father and rescue the world. This is a highly anticipated film of Netflix 2022 directed by Shawn Levy.

It stars the famous actor Ryan Reynolds as the titular Adam with Walker Scobell as his younger self. Mark Ruffalo and Jennifer Garner play respectively the roles of Adam’s father and mother with Catherine Keeper, Zoe Saldana, Alex Mallari Jr. also starring in the movie.

This is the second film about the master detective Benoit Blanc after the 2019 film ‘Knives Out’. Daniel Craig will reprise his role as the detective with an ensemble cast of Dave Bautista, Janelle Monae, Edward Norton, Kathryn Hahn, Leslie Odom Jr, Kate Hudson, Madelyn Cline, Jessica Henwick, Ethan Hawk.

This upcoming mystery film is based on the novel of Jessica Knoll. It revolves around a New Yorker woman who had a seemingly perfect life until a crime documentary director asks her to tell her perspective about a shocking incident from her teenage days.

The horror story revolves around a father and his hard work to provide his quick-witted little daughter with a good life. But besides his job of pool cleaning in San Fernando Valley, he has a double life of killing vampires which actually is her primary source of income. 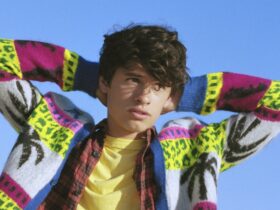 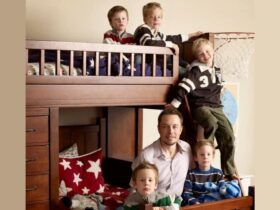 Everything you need to know about Elon Musk’s son 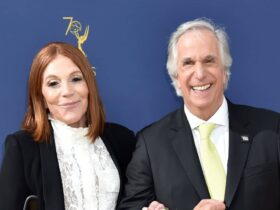 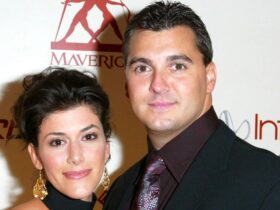