One of the most anticipated K-Dramas coming on Netflix this year is ‘Love and Leashes’, a workplace love that is intoxicated with fantasy and fetishes. Directed by Park Hyun-woo, this series is going to be the special treat from Netflix on this year’s Valentine’s day.

The couples we are talking about are Jung Ji-Woo and Jung Ji-hoo, two co-workers who work for a large corporation. Ji-Woo has been nurturing feelings for Ji-Hoo but did not express it. One day when a delivery mistakenly was made to Ji-Woo instead of Ji-hoo, the latter’s S&M fetish gets exposed to Ji-Woo.

Being impressed by the fact that Ji-Woo does not judge Ji-hoo for this, he proposed her to be his master for three months. But does their relationship only remain such tied with leashes?

Seohyun and Lee Jun-young play the role of Ji-Woo and Ji-hoo respectively. The show is set to premiere on February 11, 2022, and is sure to present a warm romance as expected from K-dramas, but spiced up this time.

Now here are some shows that you must watch after you finish watching ‘Love and Leashes’: This South Korean romantic comedy is a coming-of-age story about Choi Ung and Kook Yeon-soo. The two of them used to date before breaking up and promising they would never meet again.

But when the producers of the documentary, which they filmed in high school ten years ago and which went viral, forced them to come together in front of the camera again, Choi Ung and Kook Yeon-soo must confront their repressed feelings. But they have grown a lot since then, so many things have changed.

The series depicts the combinations of love in very heartfelt ways through memory, dream, etc. Choi Woo-Shik stars as Choi Ung and Kim Da-mi plays the role of Kook Yeon-soo. The show ran on SBS TV from December 6, 2021, to January 25, 2022.

Doom at Your Service- This South Korean romance revolves around some fantasy elements. Tak Dong-kyung’s life suddenly becomes frustrating and even doomed when she discovers the disease that is going to kill her after three months and finds out about her boyfriend being cheating on her the whole time.

Also, a pervert spies on her, and she gets scolded in the office which contributes to making her more frustrated. In a drunken state, she wishes to a shooting star the world to be doomed.

But she had no idea that her wish has actually been heard by a real messenger between god and humans. The messenger Myul Mang suffers from an ill fate of ruining things just by existing.

Himself frustrated by his destiny, Myul Mang decides to grant Dong-kyung’s wish after finishing a contract of three months with her. But what happens when these two frustrated souls get together?

Park Bo-young and Seo In-guk play the roles of Tak Dong-kyung and Myul Mang respectively. The series ran from May 10 to June 29 of 2021.

Mad for Each Other- The story revolves around No Whi-Oh and Lee Min-Kyung who can’t help crossing each other’s paths. No Whi-Oh had a former decent life but now is under treatment of a psychiatrist for his anger issues.

Lee Min-Kyung is also being treated by that psychiatrist for her trust issues, delusional and compulsive habits after her ordinary life ruins. Will the two build a warm relationship among all these?

Jung Woo and Oh Yeon-Seo act as No Whi-Oh and Lee Min-Kyung respectively. The series ran from May 24 to June 21 of 2021.

You Are My Spring- ‘You Are My Spring‘ is a South Korean romantic drama that focuses on two people one of whom is a hotel concierge and the other is a psychiatrist. Both of them are suffering from childhood traumas. Eventually, they become involved with a puzzling murder in the locality. But in the meantime, they begin to form a beautiful and warm bonding.

Find Me in Your Memory- This romantic K-drama tells of a problematic love story between two people one of whom is burdened by memory and the other cannot remember anything.

Lee Jung-Hoon and Yeo Ha-Jin have two very different traits as the first, suffering from hyperthymesia, remembers every second of his life, and the second, having her painful past totally out of her brain leaves as she wishes.

Kim Dong-wook and Moon Ga-young play the roles of Lee Jung-hoon and Teo Ha-jin respectively. The Korean drama ran from March 18 to May 13 of 2020. 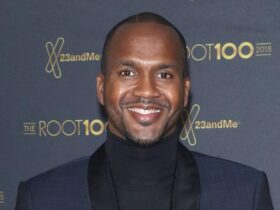 Everything you need to know about TMZ reporter Van Lathan 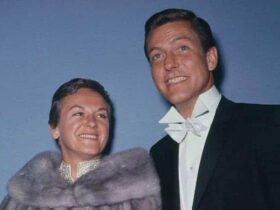 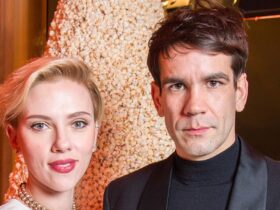 Who is Scarlett Johansson’s child father? 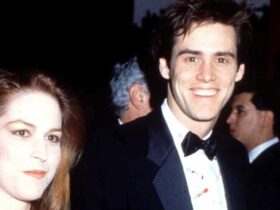