James Winburn, a stunt performer, died on November 19, 2022 at the age of 85. His management revealed to EW that he died of an unknown ailment. After his death, Monopoly Events paid tribute to him on social media, writing that working with James was an “absolute joy”. They went on to say that the stuntman told wonderful stories to “everyone over the weekend.”

According to the Monster-Mania convention, Winburn was scheduled to attend their event this month, but had to cancel due to health concerns. From 1970 to 2005, he received recognition for his work as a stunt performer and stunt supervisor in over 78 films and television series.

James Winburn was known for his role in Halloween.

Although his exact date of birth is uncertain, James Winburn was 85 years old when he died. He rose to prominence for his performance in the 1978 horror film Halloween. He donned Michael Myers’ mask in the final scene when Dr. Samuel Loomis arrested Myers and he disappeared after being shot and falling off a balcony. Directed by John Carpenter, Halloween was released on October 25, 1978. It made $70 million at the box office and received excellent critical acclaim. Donald Pleasance, Jamie Lee Curtis, PJ Soles, Nancy Kyes, Charles Cyphers, Kyle Richards, Brian Andrews, Nick Castle and Tony Moran played key roles in the film.

Winburn worked as a stunt double in the 1981 sequel, Halloween II. Aside from Halloween, Winburn collaborated with John Carpenter on two more projects: Escape from New York in 1981 and Tron in 1982. After the sequel, Winburn did not return to the Halloween series, but his efforts helped start one of the longest-running franchises. The Halloween series spawned 13 films, the most recent of which, Halloween Ends, was released on October 14, 2022. Directed by David Gordon Green, the film received poor reviews and most critics considered it a disappointing ending to the trilogy that began. in 2018.

In the 1970s and 1980s, James Winburn was known for his roles in McLoud, The Six Million Dollar Man, The Bionic Woman, The Poseidon Adventure, The Fog, The Stunt Man, Escape From New York, and Tron. He worked as a stunt double for artists such as Peter O’Toole, Barry Bostwick, Stan Lee, Chevy Chase, George Hamilton and David Hasselhoff. In addition to his career as a stunt performer, he directed films such as Miami Beach Cops, The Death Merchant and Evil Altar.

In recent years, James Winburn has become known for his work in film and television. When his death was announced, his followers expressed their grief on social media:

Winburn was a stuntman and is perhaps best known for playing Michael Myers in Halloween (1978) in the scene where Dr. Loomis shoots him 6 times and causes him to fall off the balcony.#jimwinburn #halloween #michaelmyers #deinstahorror pic.twitter.com/u1DbMlImz1

Rest in peace to James Winburn. Mr. Winburn was a stuntman in the original 1978 Halloween and is a great person for fans to meet at conventions. He will be missed. pic.twitter.com/U6zVVv1CZn 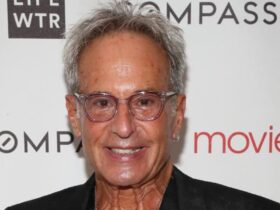 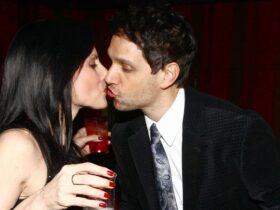