Founded in June 2019, Bizbaz offers its own customer intelligence and risk management solutions to banks, insurance companies and fintech startups. The startup has attracted nearly 20 people with backgrounds in behavioral sciences, health technology, AI and data.

“The problem we are trying to solve is to empower and enable whether it is a financial institution, a fintech company or any other kind of B2C company trying to acquire new customers or onboard Hayk Hakobyan, CEO and co-founder of Bizbaz, said in an interview with australiabusinessblog.com.

In several Asian countries, even 80% of the local population does not have data and credit bureau scores to help banks and companies understand their financial position and ensure their lending efficiently. Bizbaz tries to solve this problem by exploring alternative ways to build a credit profile of individuals.

Bizbaz, on the other hand, looks at the available data attributes, including social media profiles and the apps people have installed and often use on their smartphones. It can also assess a person’s personality and their ability to bear risk by talking to them for 45 seconds if they don’t have a smartphone, Hakobyan claimed.

By analyzing individuals’ risk appetite through their multiple digital footprints, the startup can mitigate false positives and flag people trying to trick the system.

“Of course false positives can’t be 0% because in theory you can’t eliminate all these cases, but we do everything possible technologically to eliminate or reduce the chance of that by training our data systems very extensively before we run the test, during the test and by the time they reach the actual deployment,” Hakobyan noted.

Bizbaz has different templates based on countries and sectors. It has also tailored its solutions by incorporating data from its customers to meet their specific requirements – rather than using a single offering for all of its customers.

HSBC’s investment, which typically does not support start-ups, is noteworthy for Bizbaz. Hakobyan said the startup’s suite of solutions — and its support from New Jersey-based VC firm SOSV — signed the deal.

“In ASEAN, the middle class is expected to more than double to 334 million people by 2030. Financial services are likely to grow at the same rate, if not faster. Our investment in Bizbaz provides attractive exposure to this market shift in the region and other emerging economies. It will support the development of its technology, which overcomes the major obstacle of onboarding customers without previous financial data,” said Remi Bourrette, Head of Venture Investments, HSBC Asset Management, in a prepared statement.

The startup is in talks to potentially deploy its solutions within parts of HSBC in Asia and Europe, Hakobyan said, adding that it would retain the autonomy and ability to bring in other partners and customers, including new banks and insurance companies.

Bizbaz plans to spend 20-30% of its new funding on outreach and marketing as it has so far generated sales through word of mouth and referrals. The startup also wants to improve its web presence, recruit more data and software developers, as well as data and behavioral analysts, and devote some resources to product development, Hakobyan told australiabusinessblog.com.

The equity round also saw the participation of Southeast Asian venture capital firm Vynn Capital and new angel investors, in addition to follow-up investments from SOSV and existing angel investors. Before the final round, Bizbaz raised $300,000 in an angel round. 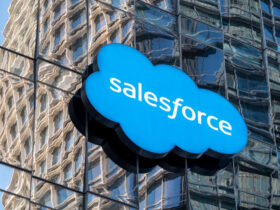 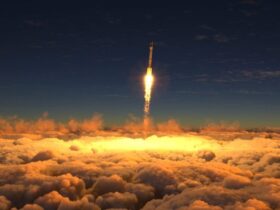