in a interview with Axios on Tuesdayone of the five commissioners of Federal Communications Communication (FCC), Brendan Carr, said the US TikTok, the widely popular short video app with about 1 billion users worldwide.

While the FCC cannot take such action, Carr suggested that the Council on Foreign Investment in the US (CFIUS), another government agency that can regulate foreign investment, should ban the app.

“I don’t believe there is any other avenue for anything other than a ban,” he told the outlet.

Carr referred to the risk of TikTok sending US user data back to China, which has emerged, as the outlet noted, in recent news reports alleging that TikTok’s Beijing-based parent company, ByteDance, was planning to to check the locations of some US citizens and access to other user data.

There is no “world where you could come in with enough protection on the data that you could be confident enough that it won’t get back into the hands of the Chinese Communist Party,” he told Axios.

As the outlet noted, TikTok is currently in talks with the CFIUS, mainly about whether and how it can separate from ByteDance and become a US company to continue serving users.

TikTok told australiabusinessblog.com via email: “Commissioner Carr plays no part in the confidential discussions with the US government regarding TikTok and appears to be expressing views separate from his role as FCC commissioner. We are confident that we are on track to reach an agreement with the U.S. government that will remove all reasonable national security concerns.”

Have politicians from all over the aisle issues raised about security on TikTok, and in 2016 President Donald Trump also considered banning the app. 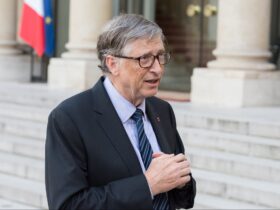