RAAF and ADF planes have been dropping emergency supplies to the stranded towns in the past week, and South Australian Premier Steven Marshall today confirmed 13 more flights dropped off 36 and a half tonnes of vital items in Coober Pedy.

In some good news for the area, floodwaters are continuing to recede on the Stuart Highway north of Glendambo, which is allowing the road to re-open in a staggered way.

The highway’s closure has been causing major supply issues, but from Sunday, heavy vehicles and emergency services will be able to cross one at a time under police escort.

This will be followed by high-clearance four-wheel drives crossing on Tuesday.

It is hoped that the highway will be re-opened to everyone else by February 11.

A two-week major emergency declaration was established on January 28 by the state government after significant flooding and storm damage affected parts of the far north. 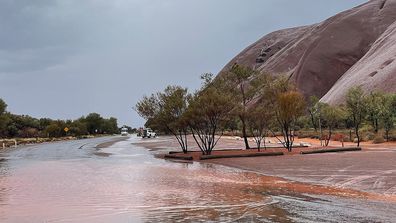 Houses have been damaged and major freight lines cut off, forcing some outback towns including Coober Pedy and Glendambo to become isolated.

The film Radhe is available in 480p and 720p on Pagalmovies

Virgin Orbit to set up a space launch site in Queensland